Service Electric Cable TV & Communications was founded by John Walson, Sr. in 1948 following his discovery of the nation’s first community antenna television system, later known as cable television. His eldest son, John Walson Jr., took over the business in 1993, guiding the company for nearly 20 years and expanding its footprint both technologically and through his philanthropic efforts in the community. Picking up where his father left off, Service Electric and SEN are now under the direction of John M. Walson, who began his journey with the company as a teenager in 1990. Decades later, he continues to further his family’s mission to give back to the Lehigh Valley community while offering the best service, technology, and TV coverage to SECTV’s loyal subscribers. 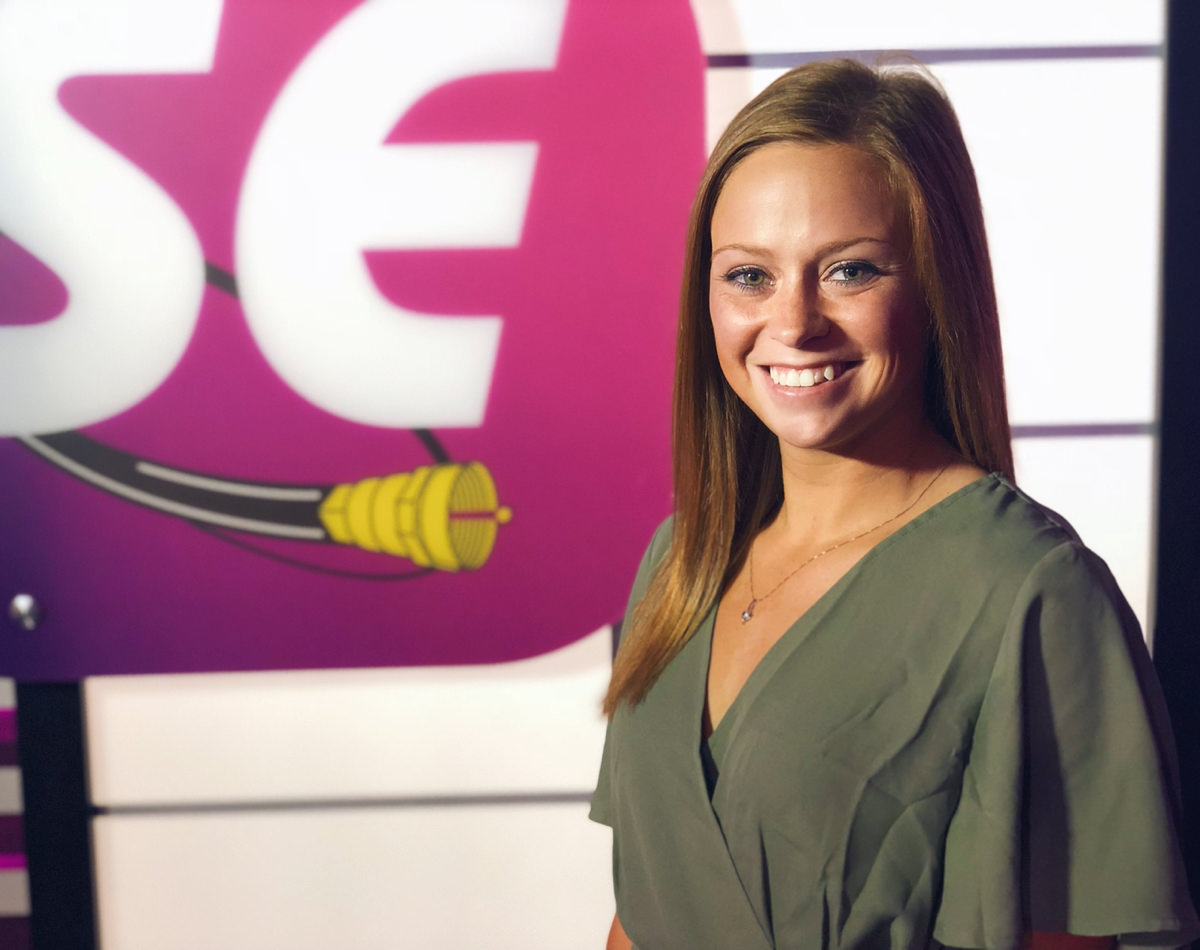 Cassie Schmidt joined Service Electric in May of 2017, right after graduating from Kutztown University with a Degree in Electronic Media. She works as a Sports Reporter for the Lehigh Valley Sports Scene show.

She grew up in Whitehall, PA, and attended Whitehall High School. She played all four years on the Kutztown University Women’s soccer team and has played sports all of her life (her favorite: soccer) which eventually grew into a passion for sports reporting.

Cassie has a younger brother and sister and two loving parents. In her free time, she enjoys working out, playing with her two puppies, and watching/rooting for all Philadelphia sports! 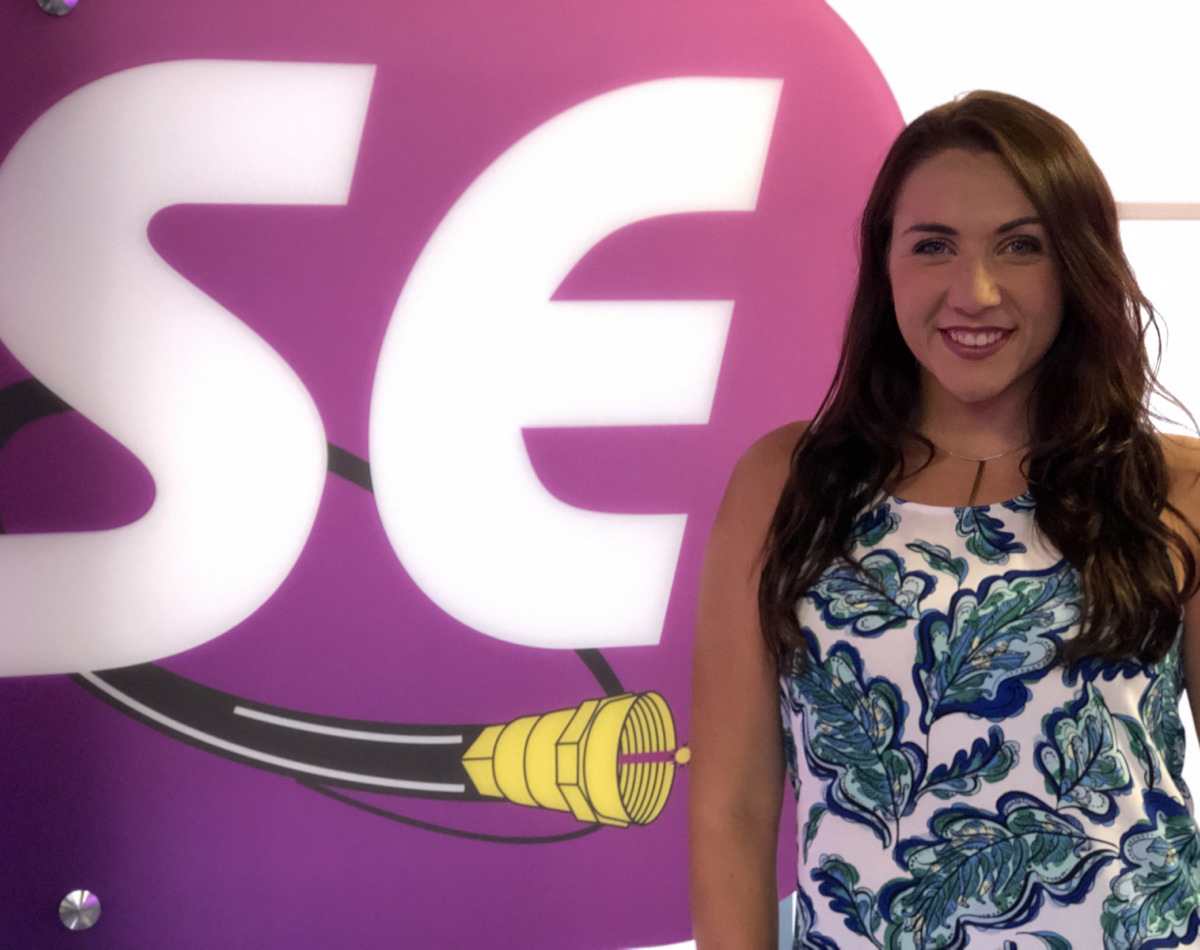 Courtney DuPont joined the Service Electric team in May of 2019. Courtney got her start in sports journalism with the Big Ten Network in Piscataway, New Jersey thanks to a type-o…Yeah, ask her about that story. Following that, Courtney continued chasing her dream when she moved to San Antonio, Texas, and became an anchor/reporter for a 30-minute sportscast that focused primarily on the Spurs. Now, this fiery young talent is ready to take on the Lehigh Valley.

While Courtney is a native Jersey girl, she did graduate from Bethlehem Catholic High School in 2013 where she played softball and field hockey. Following that, she ventured back over the Delaware, attended Rutgers University, and earned a bachelor’s in Journalism and Media Studies.

Courtney has been a devoted Rams fan since she was five years old and met her hero, Kurt Warner. The two would one day meet again on the sideline of an AAF San Antonio Commanders vs San Diego Fleet football game. Courtney loves to tell stories and meet new people, so if you see her on the sidelines make sure you say hi and get ready for an earful. 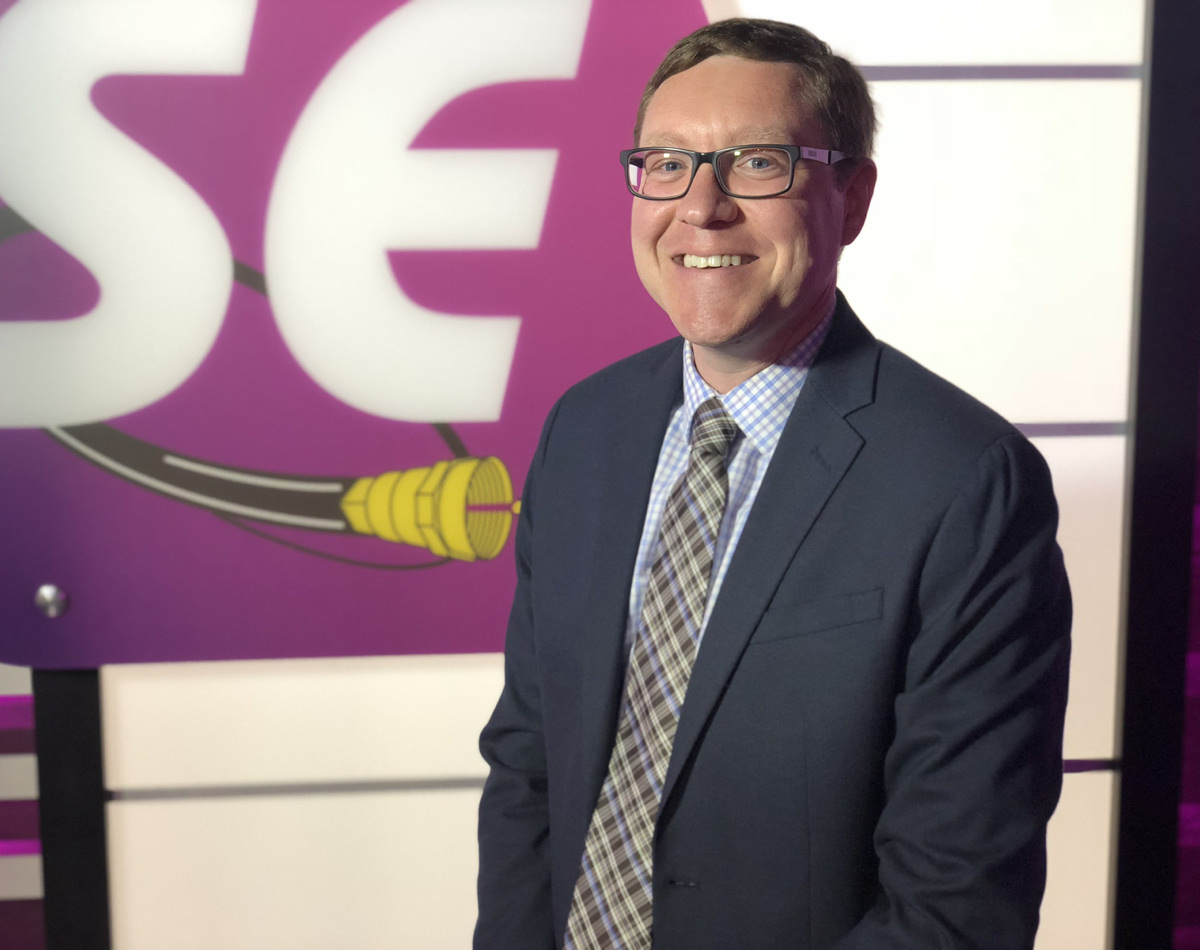 Dan joined the Service Electric Network Team full-time in June 2018 and currently serves as the Coordinating Producer and lead anchor of Lehigh Valley Sports Scene. He previously worked part-time with Service Electric in a variety of on-air roles, including guest co-host of “Phantoms Front and Center” and the Lehigh Valley Steelhawks’ weekly show, “Beyond the Walls.”

A graduate of the S.I. Newhouse School of Public Communications with a degree in Broadcast Journalism, Dan spent four seasons as the Director of Public Relations with the Lehigh Valley Phantoms before joining SEN. Prior to that, he served in a similar capacity for hockey teams in Omaha, Nebraska, Amarillo, Texas, and Billings, Montana.

A native of Malvern, PA, Dan is a huge Philly sports fan and will admit to crying both as a 12-year-old when the Phillies lost the World Series in 1993 and then again as a 27-year-old when Brad Lidge struck out Eric Hinske in 2008. 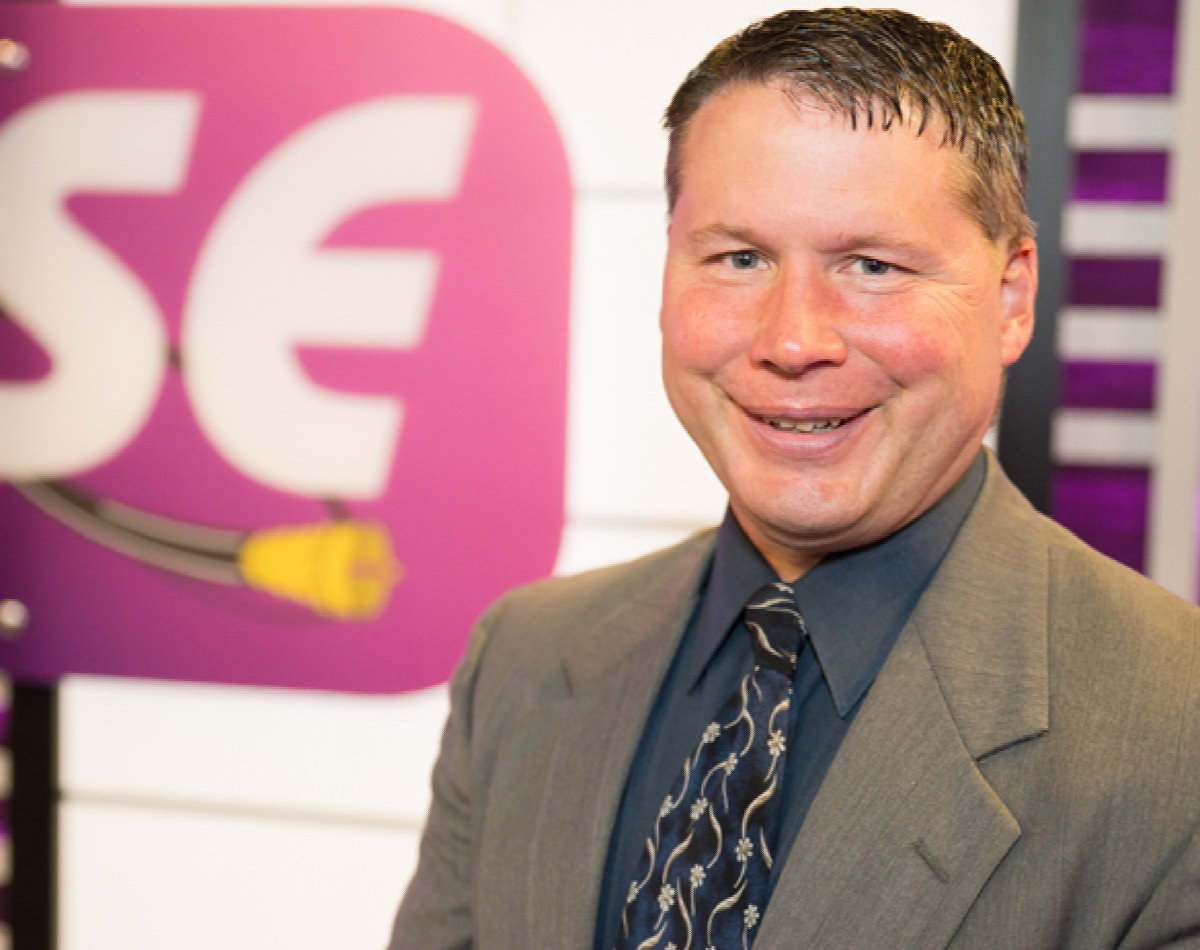 Doug became a full-time employee at Service Electric Network in January 2005, after working part-time as a football and wrestling analyst since 1997. He grew up in New Jersey and moved to Easton, Pennsylvania, in 1992, where he began to fully understand the passion of local sports in the Keystone State.

Doug became the Field Reporter and pregame show co-host of IronPigs baseball in 2010. He is also the pregame show co-host along with intermission host of Service Electric’s Lehigh Valley Phantoms coverage since its inception in 2014. Doug has interviewed numerous baseball players who have come up through the minor league systems, with his interviews of Nick Swisher and Brandon Moss being his all-time favorites. Dave “The Hammer” Schultz ranks right up there on the hockey side. 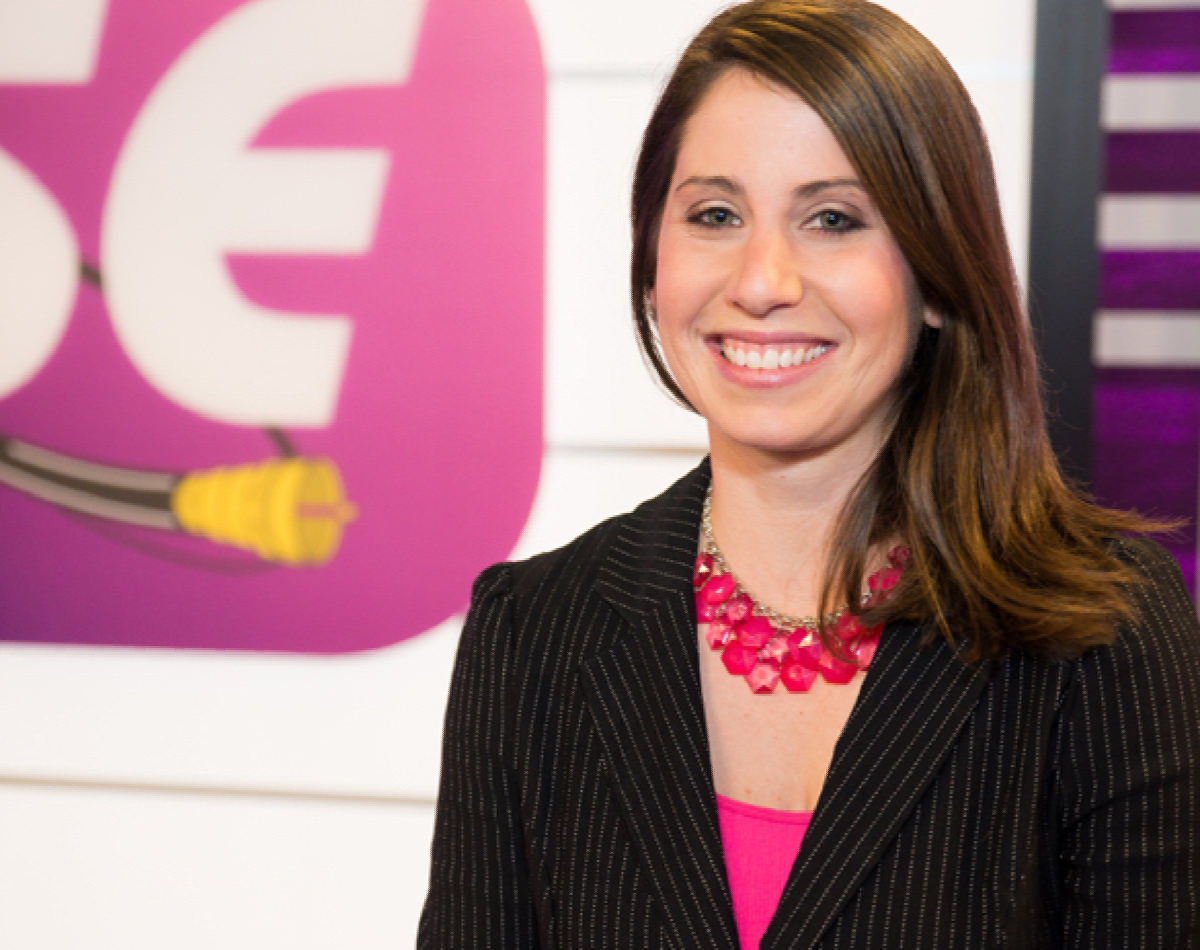 Erica joined Service Electric Network in the summer of 2009 as an intern right out of Widener University, where she earned a degree in Broadcasting. She was then hired in the fall and has been a part of the SEN crew ever since.  Erica has covered Velodrome, The Sportsfest Preview show, and has hosted Trackside with Marty Nothstein; along with covering various sporting events for Lehigh Valley Sports Scene.

In 2014, Erica became a mom for the first time and has since cut back her hours to spend as much time with her husband and two children, Tommy and Audrey. 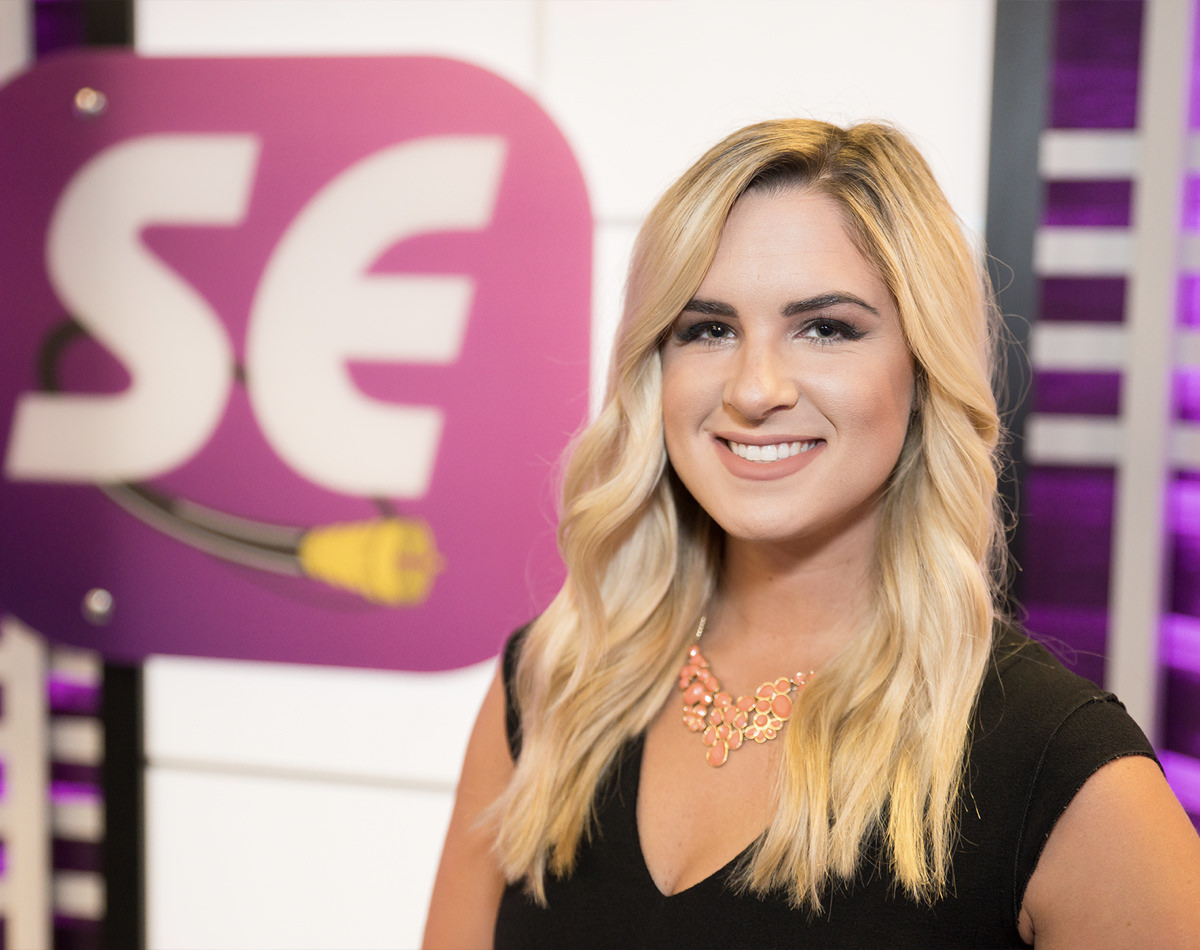 Gwen Begley joined Service Electric Network in August of 2014, after earning a degree in Sports Journalism from Temple University in May of 2014. She serves as a Multimedia Journalist and can be seen covering a wide range of sports for Lehigh Valley Sports Scene. She has also done sideline reporting for the MiLB Reading Fightin’ Phils as well as the United Soccer League (USL) Bethlehem Steel FC.

While Gwen is not covering sports, you can likely catch her at various other sporting events. Her favorites are ice hockey and baseball, growing up with a love for the Pittsburgh Penguins and the Philadelphia Phillies. 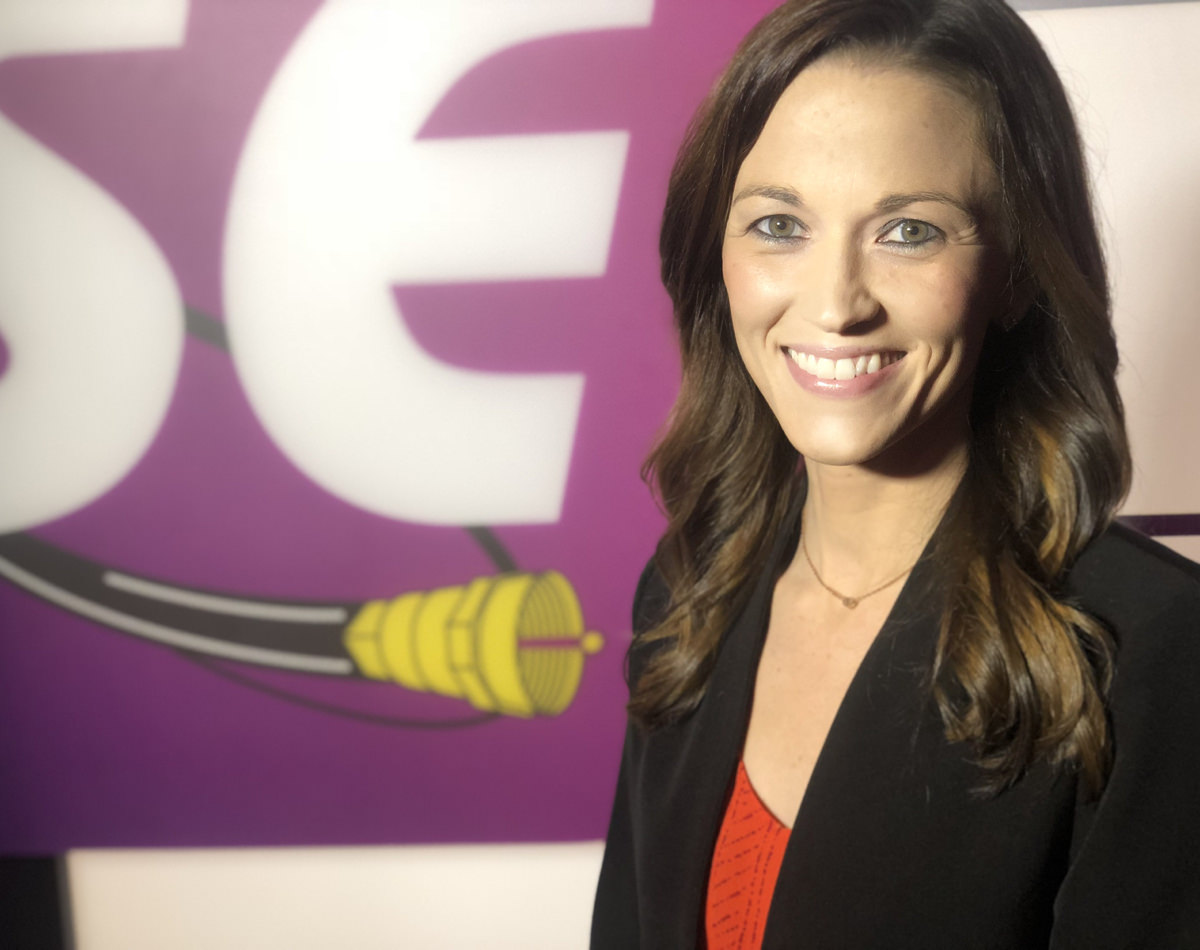 Kristi joined the Service Electric Network team full-time in January 2013 and became the Operations Manager in 2019. She wears many hats for SECTV, working as a reporter, anchor, producer, editor, and videographer. Kristi primarily covers the Lehigh Valley Phantoms hockey team, while also keeping up with the IronPigs, plus local high school and college sports teams. Kristi was part of the 2016 Emmy Award-winning team for the ‘Behind the Scenes of an IronPigs Broadcast’ feature story.

Prior to working for SEN, Kristi was the Weekend Sports Anchor at the Charlottesville Newsplex (Va.) and previously the Sports Director for Blue Ridge Cable 11 in Ephrata, Pa. Kristi graduated from Millersville University in 2007 with a Bachelor of Science degree in Speech Communication: Broadcasting. She also played soccer for the Marauders and was Station Manager of the campus TV station, MUTV.

A native of Towanda, PA, Kristi a die-hard NY Giants fan & coffee addict! She and her husband, Dan (a Central Catholic grad), have two sons and a German Shepherd named Eli. 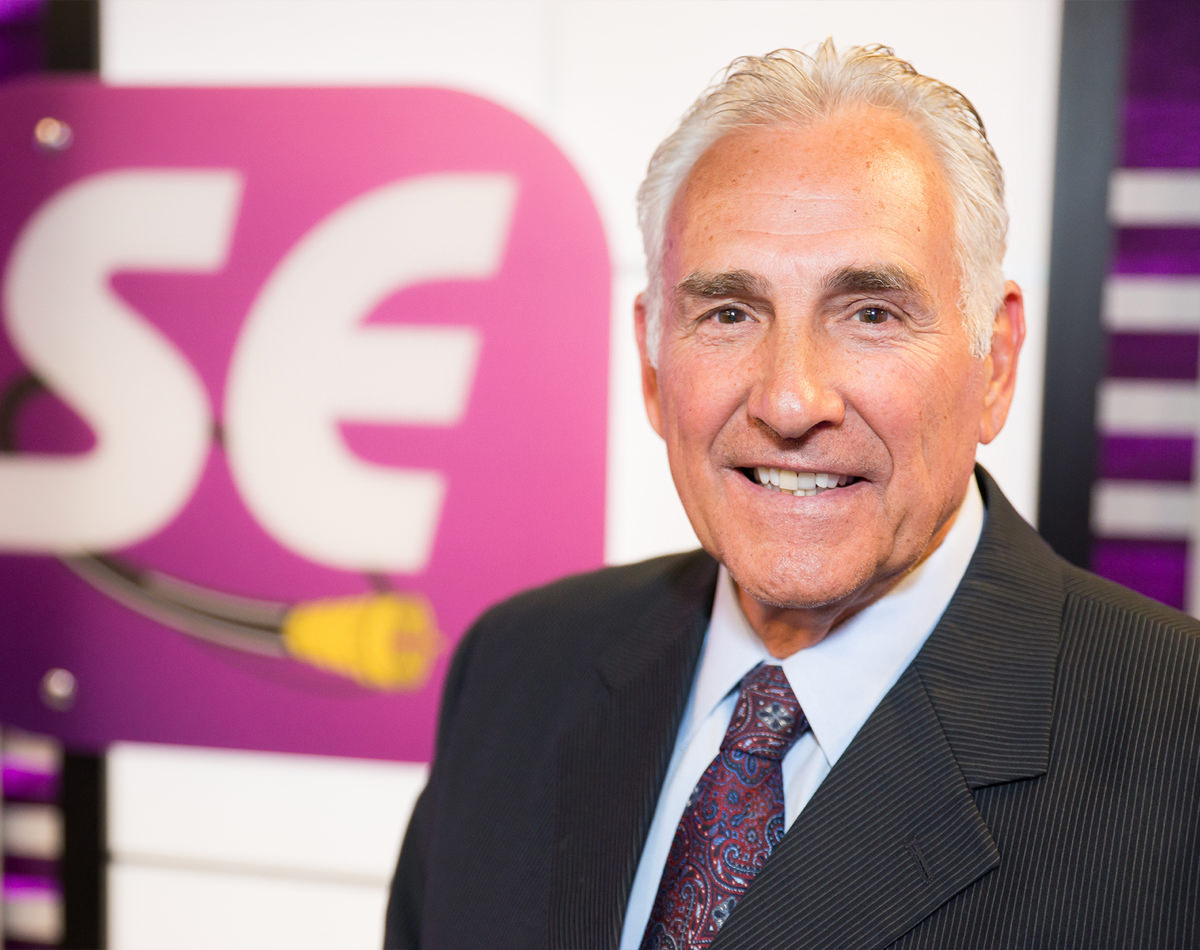 Mike joined the Service Electric sports team in 1988. Serving as a Color Analyst for both football and basketball. His duties expanded when he was named Sports Director in 1994. He’s served as the Play-by-Play Announcer for high school, college, and local professional sports teams, including the Lehigh Valley Iron Pigs. He’s served as host on Lehigh Valley Sports Scene preview shows for state basketball and football championships as well as The Mike Zambelli Show.

Mike is married to his wife Susan, he has three children and three grandchildren. 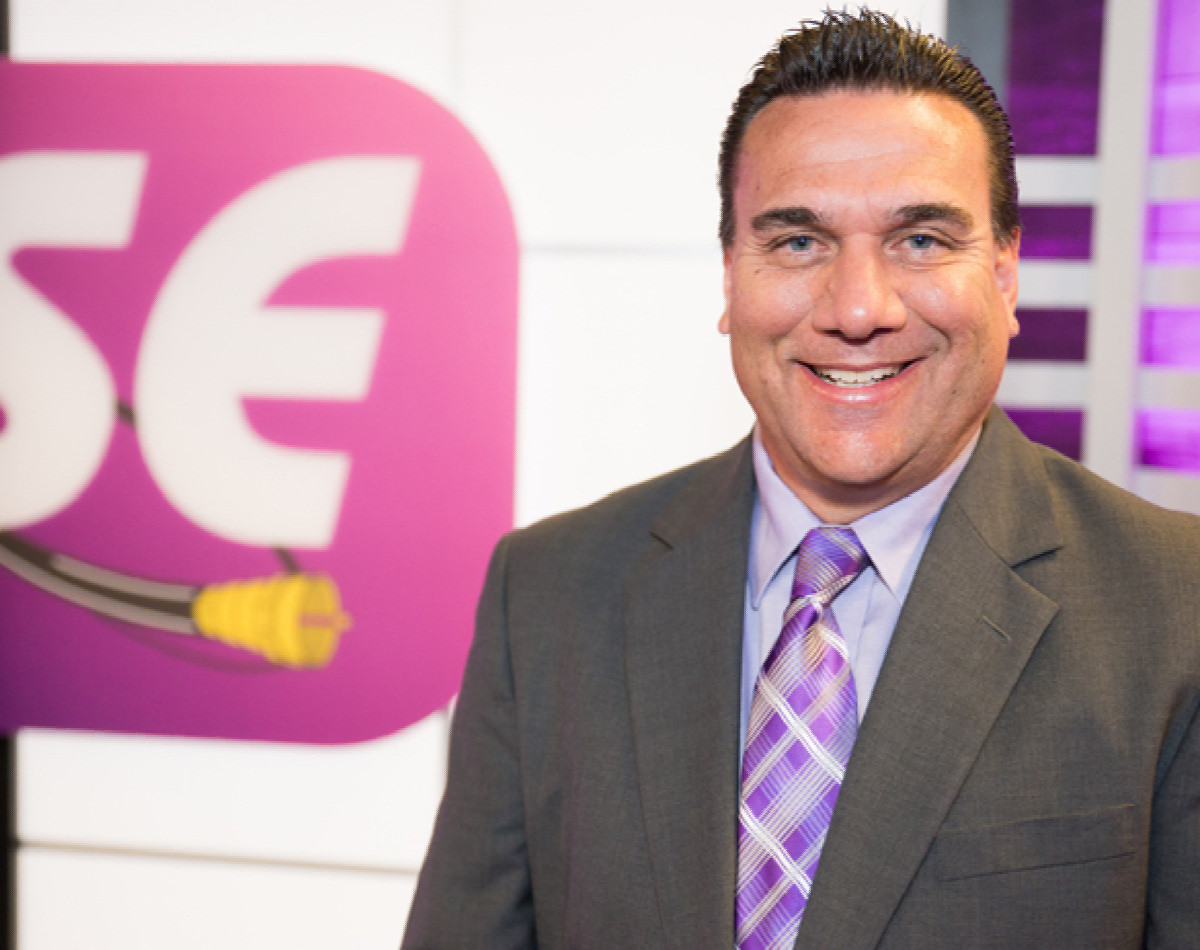 Prior to his time with Service Electric, Degler was the radio announcer for the Reading Phillies for 17 seasons. He has also been a member of the La Salle University Basketball Radio Network for 20 seasons.

Steve is a graduate of Hamburg Area High School and Kutztown University. He and his wife, Karen, are the parents of two daughters, Sarah and Hannah. 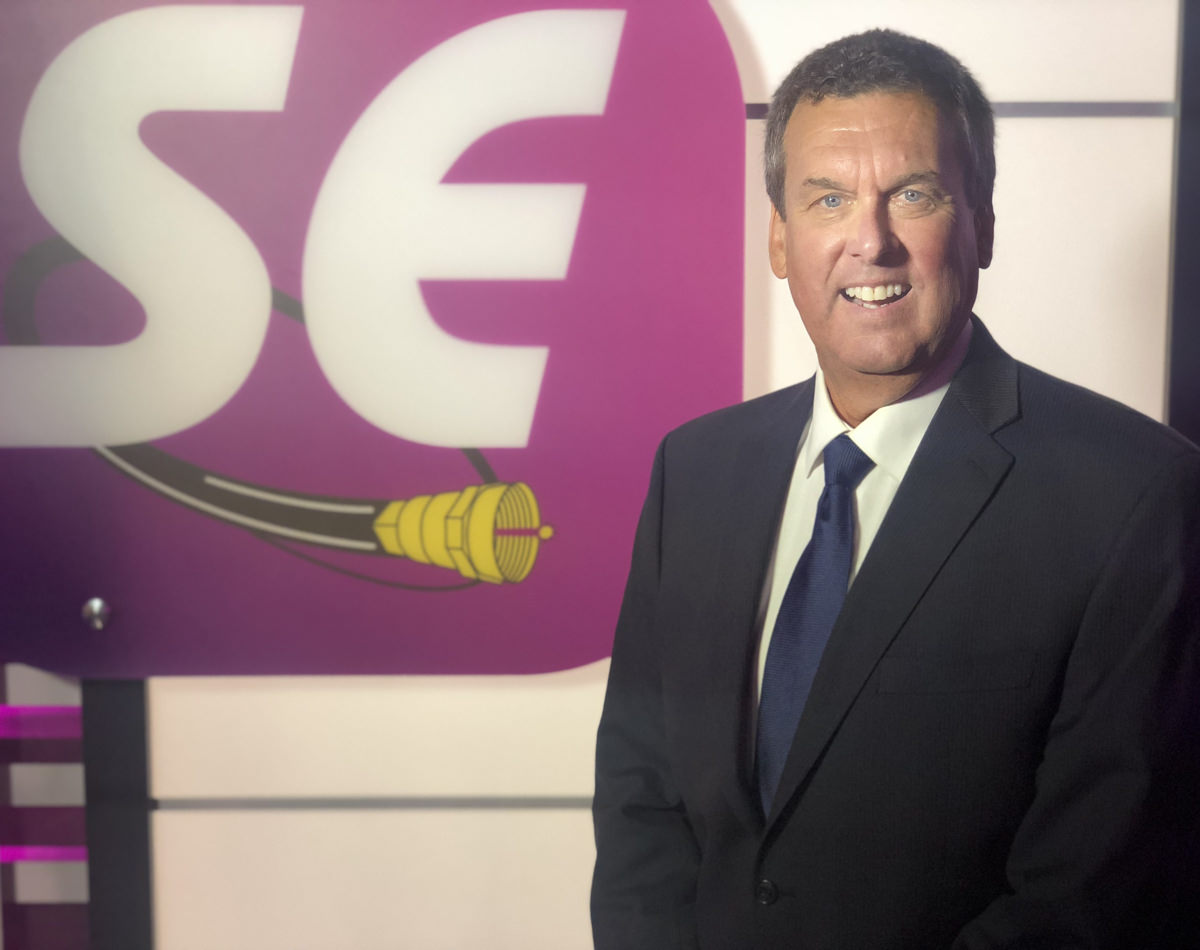 Meikrantz attended Penn State University, where he graduated with a degree in Broadcast Journalism. He is a 1975 graduate of William Allen High School.

Meikrantz is married to the former Peggy L. Holland. They have two children, a son Corey who attends West Chester University, and a daughter Caylin, who will attend Elon University.